Designing the Wii U

I love Nintendo. I really do. In my opinion, they have the best understanding of game design in the industry. By that, I mean the nuts and bolts type of game design that delves into the nuances of visual communication, psychology, and many other aspects that are not always readily apparent to the player. I would go as far to say they are masters of it.

With this in mind, how did Nintendo make so many missteps with the launch of the Wii U? I have already stated that I love Nintendo, so it pains me to see them make so many seemingly obvious blunders. Especially when they are some of the same blunders they’ve been guilty of in the past. But, I would like to look at one of the new mistakes Nintendo has made with the Wii U.

Putting the lack of Wii U killer-apps aside, how did Nintendo fail to communicate what the Wii U is to the public? This, honestly, blows my mind. In a recent explanation session Mr. Iwata had with investors he admitted that, “Some have the misunderstanding that Wii U is just Wii with a pad for games, and others even consider Wii U GamePad as a peripheral device connectable to Wii. We feel deeply responsible for not having tried hard enough to have consumers understand the product.”

I realize that the game development team is different than the hardware design team, but perhaps they need to cross-pollinate a bit. I understand how they wanted to keep the “Wii” brand and so decided upon the name, Wii U. It may not have been the best idea, but it has logic behind it. The visual design of the console itself, however, has no excuse. The Wii U is essentially a smoother looking version of the Wii – and that is only apparent if you’re really paying attention. At a quick glance, most people could easily mistake a Wii U for a Wii.

This is something the game development group would have avoided. Let’s take the New Super Mario Bros. games, for example. They contain some new power-ups. Even when a new power-up is a variation on an existing theme, it presents itself clearly as something new and different.

The new Gold Flower communicates that it is related somehow to the Fire Flower. However, it also makes it very clear that the Gold Flower has unique properties.

Let’s pretend we’re designing the Wii U visual design for a second. Considering the Wii U is a completely new console, and not just a variation on the Wii, you would think a logical conclusion would be to make sure the audience realizes it is a brand new console – especially considering how peripheral-happy the Wii era was. OK, we’ve decided to call our new console Wii U, which is already a little dicey, but we should be able to make this work, right? Afterall, we managed to communicate that sometimes things can produce dramatically different results with mushrooms.


If we look at the way in which the game development department chose to communicate the differences between the flower and the mushroom power-ups we can see that both size and color can be used to dramatic effect.

So, with this in mind it baffles me that Nintendo did not radically redesign the Wii in some way to help communicate that the Wii U is not just a GamePad peripheral for the Wii. When you look at the previous consoles in Nintendo’s history, you can see they are not afraid of being adventurous. Both the Nintendo 64 and GameCube were very unique designs.

Even if there were 100 great reasons to go with the simple design of the Wii U, in spite of it looking practically identical to the Wii, you would at least assume then color could be used to differentiate it from the Wii. Perhaps one of these could have worked... 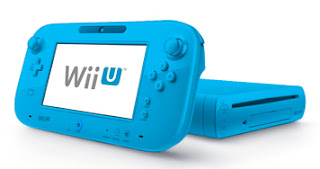 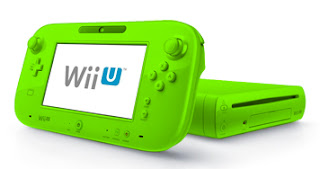 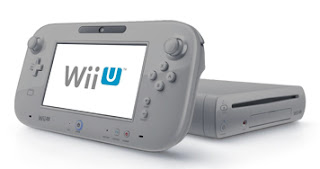 I have faith that Nintendo will get the Wii U back on track with the amazing line up of games they have planned for this year, but perhaps some of the heart-ache could have been avoided by looking at their game design team for inspiration and direction.

Posted by Jools Watsham at 2:42 PM


There was a specific point in time when Renegade Kid went full bore indie. I prefer to avoid using the term ‘indie’, but the current meaning of the word accurately describes our current status: we stopped relying on publishers for game-development funding and decided to start trying to fend for ourselves financially with the development and publishing of our original games. At least, that’s what indie means to me.

There were two events that happened in 2012 that firmly set our destiny on course. The first was the release of Mutant Mudds in the Nintendo eShop on January 26, 2012. Even though we self-funded and self-published this title – putting us in the indie role – we did not expect this to be our new business model going forward. At least, not one hundred percent anyway.

The development of Mutant Mudds was a labor of love. We did it because we felt we had to. We had to quench our thirst to create such a game. We were developing other titles while Mutant Mudds was being created, so it felt like a side project. Even though we dedicated many hours to the development of the game, it almost felt as though we spent no money on it. So, when we published the game it felt like a perfect gamble and allowed us to be able to accept the possibility of no sales because our emotional bank accounts were filled by the completion of the game. We were proud of what we achieved.

After the release of Mutant Mudds we went back to the way we had done business for the previous five years, which consisted of pitching original game concepts to publishers and fishing for work-for-hire gigs. Work-for-hire gigs typically involve a licensed title, one that leverages the popularity of a well-known movie, TV show, or other entertainment property. Needless to say, these projects are not always the most fulfilling in terms of creative accomplishment.

Being on the look-out for work, we were fortunate enough to be contacted by a fellow developer with a work-for-hire opportunity. They were in talks with a large publisher to develop the console versions of a very popular license, and wanted Renegade Kid to handle the 3DS version. I was genuinely excited. This was a big brand with a big publisher. This was the type of opportunity that could really put our company on the radar of many large publishers and set us up for a successful future developing large licensed properties, which can be a very financially secure situation if everything pans out properly.

Everything was going really well. We determined the budget we needed was around $500K to develop the 3DS version of the game. To you and me, half a million dollars is a lot of money. But, when you consider it must fund a team of ten for about nine months, the money goes fast. If divided evenly, that’s about $5500 per month for each team member. That must also include all equipment, office rental, and other expenses involved with the development of the game. It’s a decent budget – enough to get the job done.

This is what goes through my mind:

"OK, let me get this straight. You want us to develop a licensed game for you? A game where we see no royalties? Where we have no ownership or rights to future works or derivative works? You want us to sign a contract that allows you, the publisher, to terminate the project at any time? You want us to spend our own money to partially fund the team during development? OK, so you want no minimize your risk. I get that. But, you want to put that risk on the developer? Wow!"

In a sane world a sane person’s reaction would be to walk away from the deal, right? I mean, that deal is stinky. Why would anyone accept such terms? Well, because you have nothing better offered to you at the time. That’s why so many developers accept deals like this, and why so many developers go under while the possible cause of their demise can live to see another day: the publisher.

This brings me to the second event that cemented our new future. Even though we have already established that sane people would not accept such a crooked deal, we had some serious soul-searching to do – and some important math! The slap in the face that the publisher dealt us made us sit up and think. As suggested by the name of our company, we are somewhat rebellious, and an act such as this makes us grab our shields and swords for fighting whereas some may desperately grab their pens for signing.

Due to the relative success of Mutant Mudds on the Nintendo eShop, we saw that releasing our own games has the potential to work out OK. It is certainly a risky affair, because you cannot determine what will and will not sell, but is it any riskier than partially self-funding the development of someone else’s game that you have no control over? No, I don’t think so.

We allowed ourselves to dream. We created a phantom list of games that we could create and release over the next couple of years and then determined how much money they would each need to earn in order to fund the team to continue. Even though our estimates could be completely wrong, it honestly didn’t look that bad. It certainly wasn’t riskier than the licensed publishing deal sitting in front of us. In fact, perhaps going indie was less risky!

As I’m sure you guessed, or are already aware, we decided to reject the licensed publishing deal with the large publisher. It was a difficult decision, but in the end they made the decision easy for us with their unfair terms. In a perverse way, I thank them for that. It forced us to evaluate ourselves and determine whether we could stand on our own two feet. We knew it wasn’t going to be easy, but nothing really is, honestly. If you know you’re facing a battle, you might as well fight for what’s right.

My name is Jools Watsham, co-founder and director of Renegade Kid, and this is how we went ‘indie’.

EDIT: While it is a fact that Renegade Kid has been an independent company since it was founded in 2007, and so are many other companies in the video-game industry, the term 'indie developer' seems to have taken on the specific meaning of  referencing developers who do not rely on outside funding. There's a wiki write-up, here for anyone who's interested.
Posted by Jools Watsham at 12:08 PM